How gene therapy can fight blindness 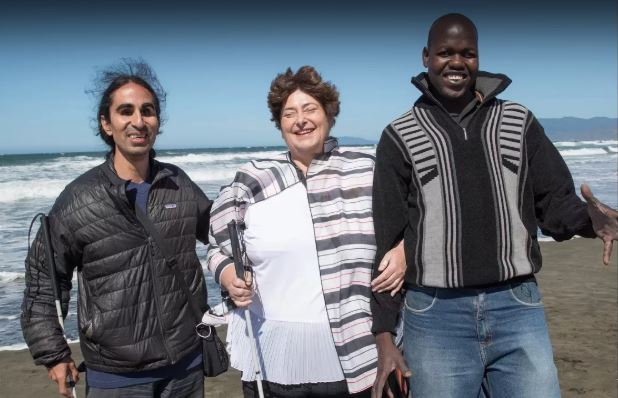 I’m writing to let you know that submissions for the Holman Prize, LightHouse for the Blind’s annual series of three $25,000 award for blind adventurers and creators, are just around the corner! Submissions open on January 16th at 5 PM PST and close on February 28th at noon PST.

In 2017, our inaugural year, we received over 200 applications from more than two dozen countries, and our three winners, chosen by a panel of blind judges, represent a wide spectrum of ambition and ingenuity. Ahmet Ustunel is training to kayak Turkey’s Bosphorus Strait, completely solo; Penny Melville-Brown is taking her YouTube baking show to six continents; Ojok Simon is teaching his fellow blind and low-vision Ugandans to become self-sustaining beekeepers.

Ahmet Ustunel, Penny Melville-Brown and Ojok Simon smiling,
arm in arm, on a beach in front of the Pacific Ocean

We’re excited to share a short audio-described video that captures the spirit of our three inaugural winners, filmed during a week of cooking, sailing, beekeeping and more in San Francisco!

The Holman Prize was launched by LightHouse for the Blind in San Francisco as a means of enabling legally blind people from around the world to make their dreams a reality, and to demonstrate to the public at large that in an accessible world, blind people are capable of doing anything that their sighted peers can do.

The initial application is a challenging one: each applicant will submit a 90 second YouTube video explaining, briefly, how they would put the prize money to use. From there, a select group of semifinalists will submit in-depth written proposals, and finalists will be interviewed by LightHouse staff.

We’d love your help in spreading the word about the Holman Prize to your community and network, particularly through your newsletter. You can read more about the prize in the Washington Post, the San Francisco Chronicle, the BBC, PRI’s The World and on our website and FAQ page.

We’d love to hear from you, and certainly don’t hesitate to reach out with any questions you may have.

Following Sonoma County COVID-19 safety guidelines, our campus is open. Masks are not required indoors if you are vaccinated. Thank you!